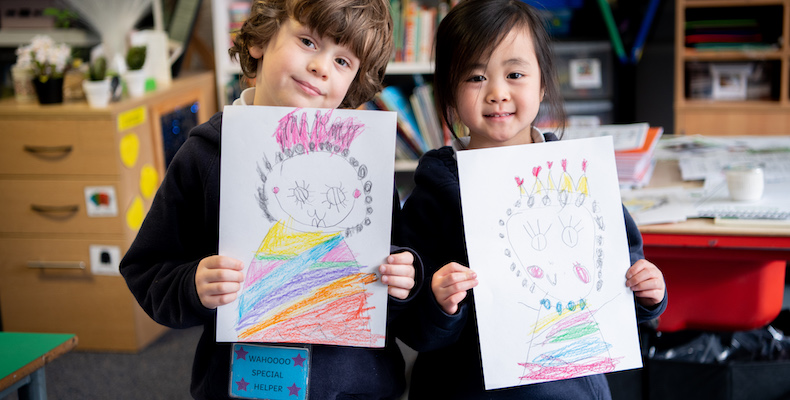 Knightsbridge School Pupils have created an NFT-style portrait of the Queen which will be auctioned off to raise funds for charity.

Inspired by Beeple’s Everyday NFT digital mosaic which sold at Christie’s last year for $69 million, teachers, pupils, and parents at Knightsbridge School (KS) have created their own digitalised portrait of Her Majesty which is to be auctioned off to raise money for the school’s three chosen charities, Place2Be, The Royal Hospital Chelsea and The Knightsbridge School Education Foundation (KSEF).

KS Head of Art, Alice McGilligan, worked with pupils who each created individual portraits of Her Majesty from any period of her life in a range of mediums such as watercolour, graffiti and paint. These images were then digitalised and arranged in the style of an NFT portrait which is being auctioned online. The auction is currently live and bids close on Sunday 29 May. The Parents’ Association is also gifting a framed canvas of the NFT to Her Majesty, along with a signed card from the staff, pupils and parents at KS.